Brexit threatens the free flow of these goods, given stringent medicine regulations that may require the retesting of drugs shipped across borders in the absence of an agreed trading arrangement. 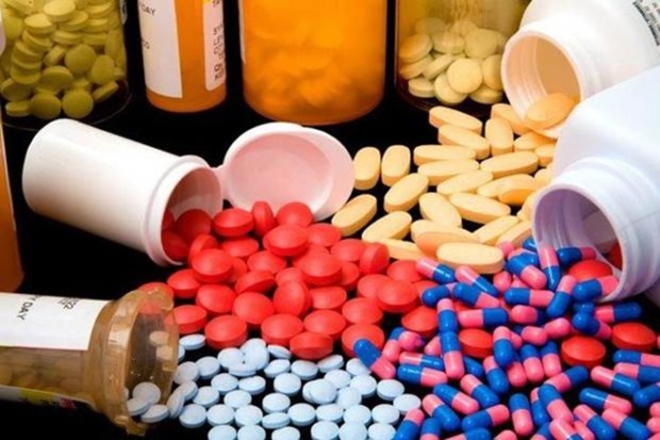 Supplies of thousands of medicines are at risk of disruption if Britain leaves the European Union without a trade deal, European pharmaceutical companies warned on Thursday. More than 2,600 drugs have some stage of manufacture in Britain and 45 million patient packs are supplied from the UK to other European countries each month, while another 37 million flow in the opposite direction. Brexit threatens the free flow of these goods, given stringent medicine regulations that may require the retesting of drugs shipped across borders in the absence of an agreed trading arrangement.

The European Federation of Pharmaceutical Industries and Associations (Efpia) said a survey of its members showed 45 percent of companies expected trade delays if Britain and Europe fell back onto World Trade Organization rules after Brexit. Drugmakers also face an additional hurdle when it comes to licensing their products, since more than 12,000 medicines will require a separate UK licence in order for them to be prescribed. “For life-saving and life-improving medicines, the EU and UK cannot afford to wait any longer to ensure that the necessary cooperation on medicines is in place from the day the UK leaves the EU,” said Efpia Director General Nathalie Moll.

Pharmaceutical companies have insisted since last year’s Brexit referendum that a comprehensive agreement is needed to ensure maximum alignment between EU and British pharmaceutical regulations. But with the clock ticking down to Brexit in March 2019 with no sign yet that a trade deal will be concluded, many companies are now starting to draw up plans to protect drug supply chains, including building extra testing centres in Europe.

Pharmaceutical companies gave Australian doctors, nurses and pharmacists almost $12m in fees and expenses to attend conferences and give talks between November 2016 and April 2017.

The payments comprised more than $6.5m for travel expenses and accommodation; more than $4.2m in speaking and consultancy fees; and more than $700,000 to cover registration at medical conferences and events.

The drug companies Bristol-Myers Squibb and Amgen both spent more than $1m over the six months and one doctor received more than $39,000.

Health economists Prof Philip Clarke from the University of Melbourne and Dr Barbara de Graaff from the Menzies Institute for Medical Research in Tasmania conducted an analysis for Guardian Australia on the $11,667,253 in pharmaceutical payments made to healthcare professionals.

Under the updated Medicines Australia code of conduct, pharmaceutical companies were required to disclose all payments made to healthcare professionals by 29 August. Previously, this disclosure required the consent of the health practitioners, which in many cases

PTC Therapeutics, a US pharmaceutical company, plans to expand its European headquarters in Dublin to 40 staff.

The Dublin site of the company is responsible for finance, quality assurance, legal and a raft of other back office roles.

“We currently employ 30 people in the Dublin office and this will increase to a total of 40 sustainable jobs in this office within a short period of time,” said Adrian Haigh, who heads up the company’s international operations.

PTC focuses on the discovery and commercialisation of novel medicines. It has been working on the development of a drug called Translarna for almost 20 years. The drug is the only protein restoration therapy for the treatment of nonsense mutation Duchenne Muscular Dystrophy – a genetic disorder characterised by progressive muscle degeneration.

Quality levels of pharmaceutical items are set out in various test procedures and instruments. US pharmacopeia, which deals with specifications of drugs and other pharmaceutical products, uses the following criteria to assess the method validation of these products:

USP 1225 establishes the types of test methods. These are:

Failure to meet regulatory expectationsunder USP 1225 typically invites statements such as “Failure to establish accuracy, sensitivity, specificity, and reproducibility of test methods employed by your firm”, which will be the explanation the FDA gives for failure of compliance, leading to the issuance of a 483. Such an observation reflects the lack of understanding of the nuances of method validation on the part of the analyst.

Test methods that meet USP standards are essentially about common sense. The analyst has to understand and identify the foundational aspect of test validation –the intended use of the test method. This is what enables her to categorize the test method into one of the types prescribed by the USP. This will be the gateway to a clearer understanding of the guidance set out in USP 1225. This is because the underlying matter is that the analyst must prove that the method performs exactly as intended. This is what forms the basis of the above criteria and test methods.

A pharmaceutical drug consists of the API and the excipient, the inert substance

An active pharmaceutical ingredient (API) is the substance in a pharmaceutical drug that is biologically active. Some medications may contain more than one active ingredient. The traditional word for the API is pharmacon or pharmakon which originally denoted a magical substance or drug.

A drug in the dosage form consists of two ingredients: One is the API, which is the drug itself, this is the ingredient that treats or relieves the symptoms of the specific medical conditions; the second ingredient is a substance that acts as filler in order to give volume and substance to the tablet or drug. It is called as an excipient, which is the liquid the API is suspended in or is the substance of the tablet. The excipient is a pharmaceutically inert substance.

Every drug is defined based on its active pharmaceutical ingredient. It is important to understand the compatibility of API of one drug with that of the other, because when patients are on multiple medications, these API can interfere with each other. This could have effects ranging from minor side effects to serious repercussions such as life threatening complications.

The APIs are what differentiate a pharmaceutical drug from herbal medicines. In case of herbal medicines, the API are not identified, or there are more than one APIs and in most cases, these APIs although identified cannot be recreated through chemical or laboratory methods. This prevents standardization of herbal medicines; in many cases clinical trials do not provide substantial evidence of positive, or for that matter, any negative effect of a suspected API in herbal medicines.Thus further leads to complications in labeling. Due to non-existence of a standard dosage or identified API, the drug effects are interpreted haphazardly and lose objectivity.

APIs are the essence of pharmaceutical market and, for that matter, global healthcare. While there are several challenges faced by API manufacturing companies in terms of standardization and compliance requirements, there is equally good number of opportunities such as improved credibility and ability to penetrate global markets.

Due to the increased awareness of APIs, and their importance, potential effects and side effects, several online services have come up with information identifying the APIs in pharmaceutical medication. An example is the following website.  The authenticity of information on this website is not guaranteed.