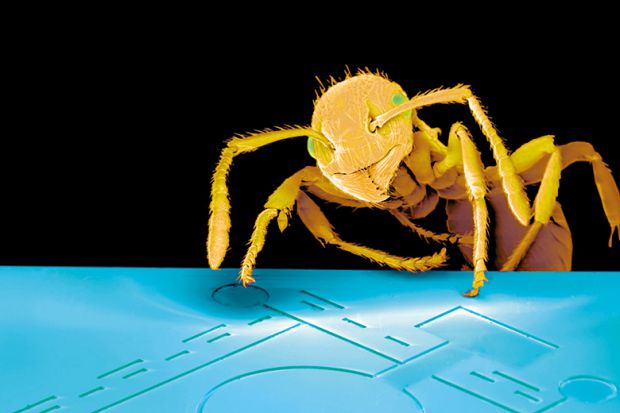 If you had to name the branch of university research that has the most tangible impact on mankind’s day-to-day activities, it is likely that the life sciences would be near the top of the list: not many days go by without the announcement of a new drug or gene discovery that has the potential to change lives or tackle disease.

Much of the best research in these fields takes place in the ultra-elite universities that excel in subjects across the board.

But analysis by Times Higher Education of the institutions that make up the World University Rankings reveals that there is a cluster of institutions just below this elite that are particularly strong in the life sciences and in driving forward innovation.

The 120 “life science challengers” tend to pitch much higher in the subject rankings related to clinical research and life sciences, as might be expected, with the bulk of them achieving overall scores in the middle to upper ranges (see below).

However, they also perform very strongly in terms of the citation impact of their research, something that can be credited to their excelling in fields where journal article activity is key. Unlike the “technology challengers” (another cluster in the rankings), they also tend to be older universities, with few having been established less than 50 years ago.

Beyond these similarities though, the factors that drive the individual successes of the institutions are varied. In some cases excellent strategic decisions taken by the university are a factor; in others the local or regional ecosystem for research plays a part.

Sweden, which has five institutions in the list (headed by the medical research specialist Karolinska Institute), is one example where the ecosystem for life sciences appears to be a key factor.

Ulf Landegren, professor of molecular medicine at Uppsala University, another of the Swedish institutions in the list, said that the country had historically excelled in many life science fields, but that it was now taking its performance to another level with the help of collaborative programmes. The Science for Life Laboratory is one such programme – government-funded, it is based in Uppsala and also in Stockholm.

The SciLifeLab, as it is known, allows researchers from across Sweden to use cutting-edge and often expensive technology without paying for the privilege (apart from the costs of “disposables” used in lab work). Companies and scientists based outside Sweden can also use the facilities, but must face the full cost of doing so.

Professor Landegren, who was heavily involved in setting up Uppsala’s SciLifeLab site, said the effect of the scheme “has been that Swedish scientists now have ready access to advanced techniques that they may not themselves have the economy or the skills to set up”.

“Increasingly we see that life science is going the way of physics, in that technology is getting a little too expensive and complicated for individuals to have all the resources they need to answer their research questions so you might as well centralise it,” he explained.

He added that as well as making “generic” technology and techniques available to all Swedish scientists, SciLifeLab went a stage further by also identifying emerging “beyond state-of-the-art” approaches to research and capitalising on them before they spread to other countries and universities.

Access to expensive technology and the latest techniques is a theme carried across to other institutions that make the list.

Ross Coppel, director of research in the Faculty of Medicine, Nursing and Health Sciences at Australia’s Monash University, puts its success down to past strategic decisions to invest properly in the best academic staff and equipment, but also to the skilled technicians who operate facilities.

He said universities’ research strategies “are often very similar and it [success] comes down to your capacity to implement and execute your vision. I think we were in the fortunate position of having the financial resource to do it [and] the determination to do it and it’s worked out for us very well”.

On the role of technicians, he said Monash had focused on their field being a career path in its own right, with good job security and benefits. In return, in terms of testing new techniques and advancing research technology, “we look to them also to be pushing the boundaries of what is achievable”, explained Professor Coppel.

Beyond smaller research nations like Sweden and Australia, the life science challengers cluster is dominated by institutions in the US and UK.

With 35 institutions of the 120 (the UK has 24), the US is out in front, with a number of private institutions excelling in research. Here, the unique position that some American universities occupy – having strong ties to hospitals and the general healthcare system – is an obvious explanation for their success.

Emory University in Atlanta, for instance, is behind the state of Georgia’s biggest healthcare system – not-for-profit Emory Healthcare – while the US’ Centers for Disease Control and Prevention has its headquarters adjacent to the university’s campus. This geographic proximity between researchers and the practical application of their findings has obvious collaborative benefits.

But the university is also keen to stress the importance of its global reach through its success in spinning out research into the healthcare market and its academic links overseas.

David Stephens, vice-president for research at Emory, said that the institution had “realised its greatest success in commercialising research discoveries in the field of infectious diseases. For example, nine out of 10 US HIV/Aids patients, and thousands more globally, are on life-saving drugs discovered at Emory”.

Meanwhile, an effect of its international collaborations can be seen in the recent joint set-up with the University of Queensland – another life science challenger institution – of a multimillion-dollar biotech company developing cancer treatments.

Training and Development is a highly developed and evolved, broad body of knowledge. Many employees place themselves at a disadvantage vis-à-vis their colleagues in the absence of the right professional training and development. If employees have to consistently close gaps in their learning, they need to keep upgrading their knowledge and skills. They should also use training and development to understand how to meet the regulatory requirements the organization is required to comply with.

Difficulties of training and development in the life sciences

Technical training in the life sciences applications, however, has its challenges.  Mention needs to be made of two of them: A) The field of life sciences consists of activities such as formulating Standard Operating Procedures (SOPs), work instructions, and having to carry out tests and clinical trials, all of which are pretty complex. B) Regulations are often considered complex to grasp and implement.

A full understanding technical training for the life sciences

GlobalCompliancePanel, a leading provider of professional trainings for all the areas of regulatory compliance, will be organizing a two-day seminar, at which professionals in the life sciences will become more familiar with training and development. It will also ease the complexity of their training needs.

The Director of this seminar is Charles H. Paul, who is the President of C. H. Paul Consulting, Inc., a regulatory, manufacturing, training, and technical documentation consulting firm that is celebrating its twentieth year of existence in 2017. Want to understand the importance of technical trainings for the life sciences and know how to implement legally compliant life sciences training programs for your organization? Then, please register for this seminar by visiting Development of technical training in the life sciences.  This course has been pre-approved by RAPS as eligible for up to 12 credits towards a participant’s RAC recertification upon full completion.

Kindling the interest in training for the life sciences

Charles will essentially seek to ignite the training and learning needs of talented and technically competent training professionals who may need more focused instruction and direction in the area of technical training in the Life Sciences. He will examine the guidance that all training professionals need at all skill levels to truly build and sustain a training organization in today’s difficult corporate environment, and show how to effectively identify gaps in workforce training and compliance documentation and build effective and inexpensive training materials with the tools that are available.

A very important takeaway of this seminar is the learning of how to integrate Training & Development with compliance, so that the participants can leverage the benefits of compliance to improve the performance of the workforce and the overall performance of technical operations.

Personnel in the life sciences industries that are associated with training, such as Directors of Training, Training Supervisors, Training Coordinators, Training Developers, Instructional Designers and Instructors will benefit from this seminar. The following is the agenda of this seminar: